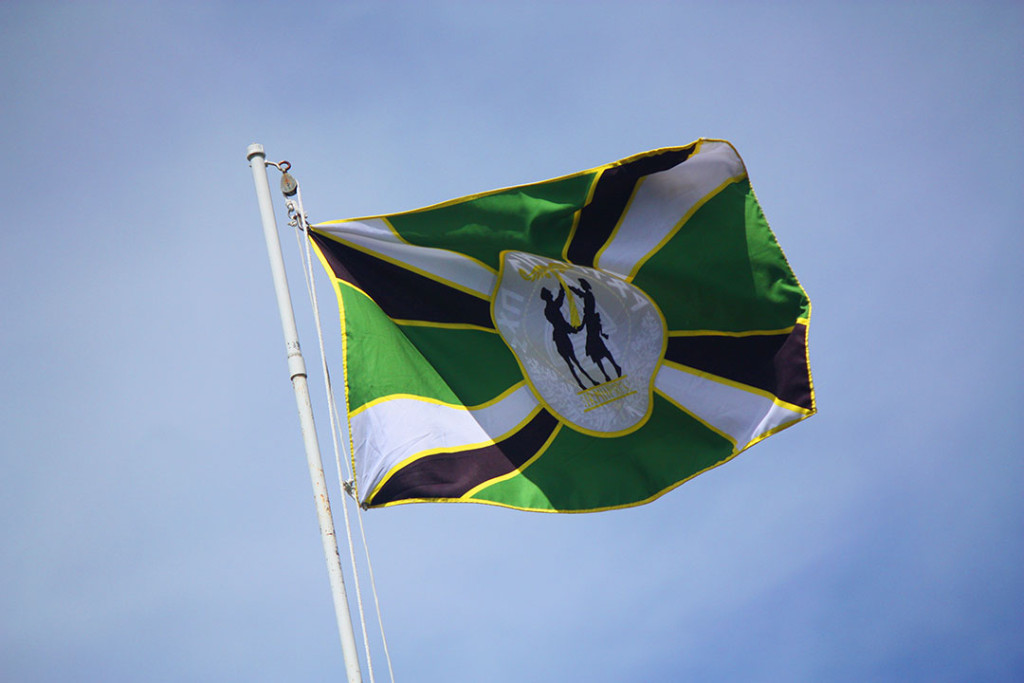 Tucked away in the Pennsylvania mountains lies the beautiful Camp Netimus. The camp has been a hot spot of Asatruar activity for some time and this year it hosted the Irminfolk’s fifth consecutive Folkish Summer Hallowing event. It began Thorsay August 20th, with a good handful of people arriving for the opening ceremony after which the rest of the afternoon and evening was dedicated swapping stories, merriment and trying the great selection of Irminbrew as the rain fell hard and carried us over into the next morning.

Day number two saw more people arrive, although the rest of everyone wouldn’t arrive until Saturday. That Friday we awoke with the first class of day which was sandcasting of metal objects, one of two classes put on by Michael Sagginario, it drew a pretty good sized crowed as kids and adults alike watched him make pewter replicas of Viking aged coins. The day also held numerous workshops from how to make Fire Cider, a multi purpose remedy for the approaching cold weather and a very informative lecture on the importance of rites and ritual provided by the Svinfylkin’s Gothi, axe throwing, archery, community building and swimming and canoeing by the wonderfully refreshing lake at the base of the camp.

Saturday held the by far the bulk of the four days’ activities, seeing an insightful Land Navigation Course, Natural living crash course that centered around making your own sauerkraut and pre-probiotics and stirring speech by Bob of Balder Rising. For the fifth year in a row, the band Changes also played an amazing set for the good folk in the pavilion, and they sat in as mead tasters of this years entries. For the children, there was a magic show, balloon animals, face painting and then an impromptu Karaoke session. The children sure enjoyed hearing themselves on Bill’s professional audio equipment. 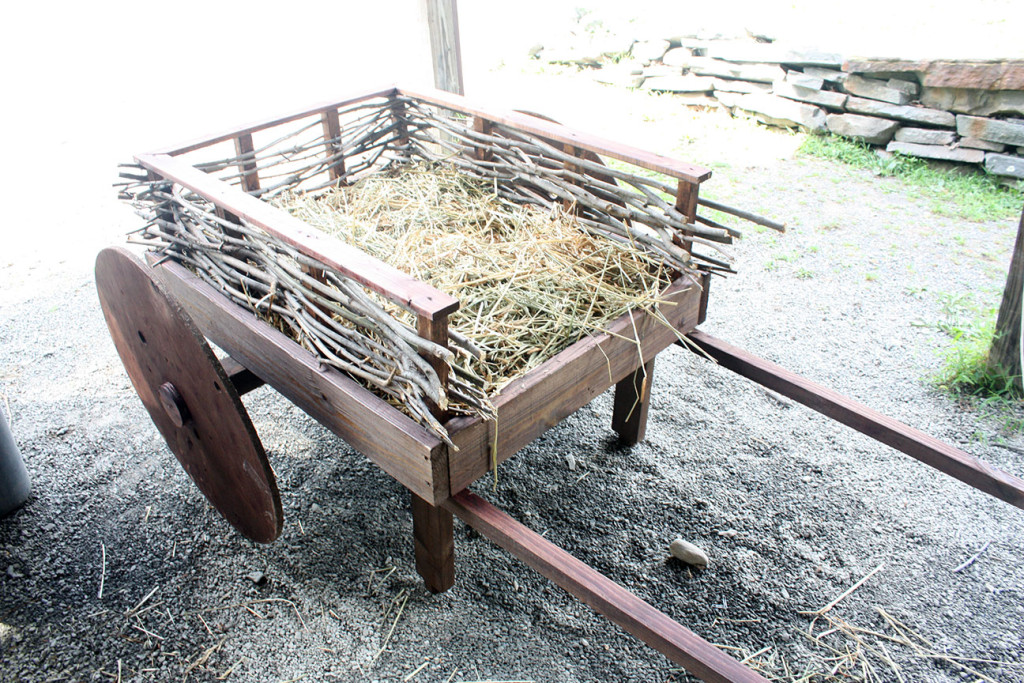 As the day moved on and the sun went down the main ritual took place; a blot to Freyr. Its impossible to describe what happened during and after that ritual took place, the pictures have been posted and even then you can’t grasp the intensity of the spirit of the people. It was intense and it was beautiful, as the fire consumed the offerings and spit flames high into the sky you could feel the connections stretching thousands of years back. And what an offering it was! Our Good friend Bill McNamara of HearthStone Theod built a beautiful Wain in honor of Freyr. The natural wattle sided cart was so large it it had to be strapped behind his truck to get it to the event! Lined with straw and filled with some very solemn offerings, its sacrifice marked the high point of the Saturday evening ritual. 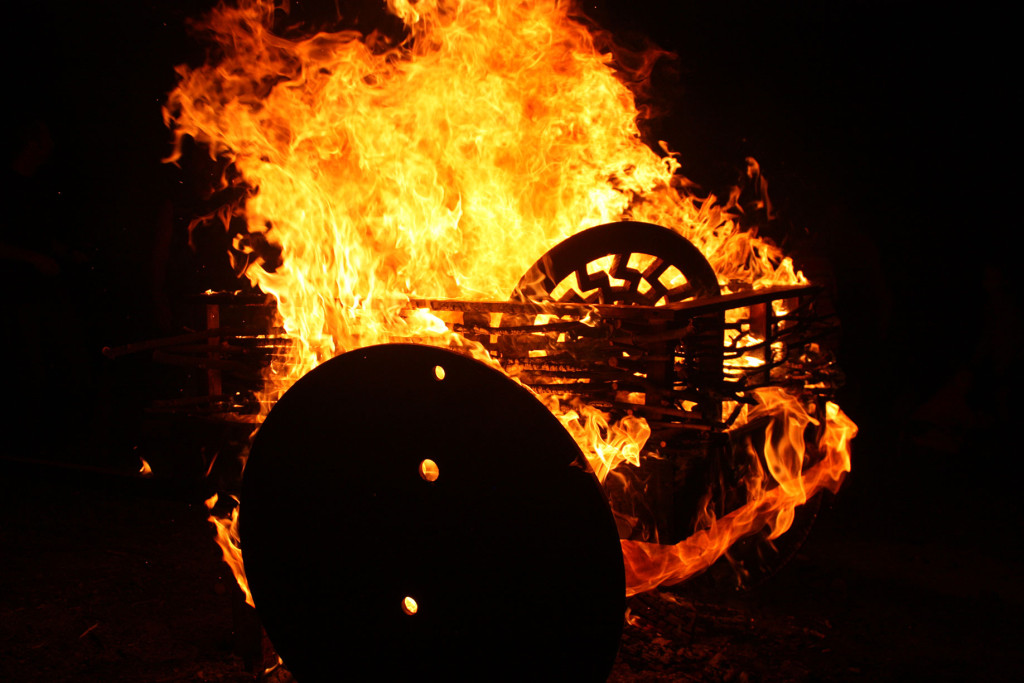 As the Wain cast radiant orange light on all in attendance, The Irminfolk welcomed in its two newest members.

Sumbel was wonderful, laughs, tears, Will Devito graced us with some moving songs, Patrick McAleer was announced as this year’s Mead brewing Champion and Wheelbarrow Award recipient and the energy of those 3 rounds carried far into the early hours of the a.m.

Throughout the entire event there were vendors set up in the main hall selling everything from Thor’s hammers to books, to hand-made Tunics and decorative wooden boxes. All of the vendors this year were accepting the Irminfolk’s alternative currency, the Futhmark, which performed better than any estimates could have predicted.

At FSH – face to face – 3,384 Futhmarks were dispensed from the coffers.

To put that in perspective, it is more than the entire initial Futhmark supply we started out with in 2013 – in a single weekend. And this does not count the thousands of Futhmarks that CAME BACK IN during the weekend in the form of exchanges for goods and services throughout the event. The Futhmark program is a resounding success.

The final day of FSH was spent as most days are spent when something wonderful has come to a close. Everyone knowing it was time to part ways, held on as long as they could. Its not easy saying goodbye to people, especially when you only see those people less than a handful of times a year. What is satisfying as we laugh and joked, cleaned up and said are goodbyes, you knew the Folkish spirit of our people was alive and well. That every year we grow and than maybe by the time our children are adults, they wont have to go so far out of the way to be surrounded by such wonderful people but, as the saying goes, “To a sure friend there is a short cut, even though he lives a long way off” and until that day we will keep traveling the long road and we do it with pride in our hearts and the power of folk behind us.

Before departing, the Irminfolk put together a variety pack of flavors from its free Irminbrew beers and left it as a gift for another Heathen event that would be renting the camp the following week.