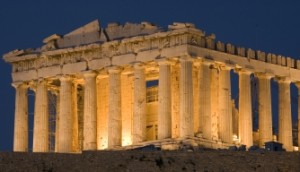 In pre-Christian Europe, better, more efficient technology was constantly pursued. From the Neolithic discovery of fire, to the engineering of aqueducts- the ability to search for wisdom and efficiency was a unique gift to humans from their gods. This gift was accepted in gratitude until the dysgenic effects of Christianity became widespread. I say dysgenic in the sense that the most intelligent of the era were generally cloistered into convents and monasteries and forbidden to reproduce.

In the dark ages, there were a few brave souls who risked their lives to preserve knowledge. They were often branded heretics and tortured; often for things as simple as questioning the accuracy of the early Christian calendar (for more on this, see the book “Calendar” by David Ewing Duncan.) For a variety of factors, this mostly failed. Ancient knowledge was mostly lost until the Renaissance.

The point of this article, however, is not to bemoan out history (tragic as it is). I am writing to celebrate civilization.

I’ve met many people who subscribe to the idea that they were “born 2,000 years too late”. I’ve felt this way before too, before I fully understood and appreciated how much effort and sacrifice our ancestors put into taming nature for humanity to flourish. From the dawn of agriculture to the present, we’ve been trying to keep the constant curve balls nature throws us at bay. We are incredibly lucky to live in a time where a lack of rain doesn’t automatically mean famine! Where if our children have a toothache, it is not imminently life threatening! The discovery that obstetricians washing their hands before delivering babies lead to the survival of the vast majority of both mothers and infants! 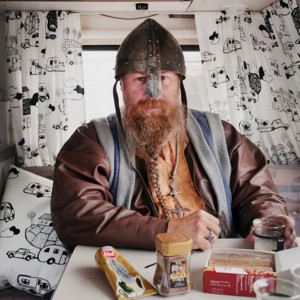 I’ve heard compelling arguments about environmentalism being the new original sin. Instead of being born evil because sex is a sin, we are born evil because we exhale carbon dioxide and consume resources. Though I do agree that the world is overpopulated, once Europeans invented efficient sanitation, plumbing and nutrition to the point that 1/3 of our children didn’t die before age 5, we have been in a constant quest to preserve and elevate humanity AND nature. Technology enables environmentalism. If my children were starving, I would kill whatever animal I could, regardless of it being endangered or an important part of my local ecosystem. If my children were freezing and getting sick, I would cut down whatever tree, despite it being a habitat to an important bird of prey. It is precisely the technology of home heating and food transportation that leads me to be concerned about preservation of my local environment.

Therefore I enjoy and appreciate technology. Every day, I try to think gratefully of the legions of men who died building our civilization. Tens of thousands of boys and men died in coal mines and oil fields in the early industrial revolution, both from accidents and illness. The official death count of the Hoover Dam construction is 96, but this only applied to accidents; including Yellow Fever and Malaria, the count is significantly higher. 27 men died during the Brooklyn Bridge construction. The list is endless. All of these (mostly) men died in service of the future. I honor their sacrifice.

An author I enjoy reading, Jeffery Tucker, in his book “It’s a Jetson’s World” pointed out the amazing fact that 100 years ago scurvy was a massive problem. It was almost impossible to get enough vitamin c in the winter, and a severe deficiency lead to loss of teeth, hair and eventually death. Today, there is an amazing variety of tropical and warm weather fruits and juices available at low cost, eliminating a horrible, life-threatening disease that plagued our ancestors. 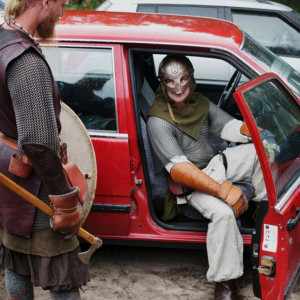 I do love nature. There’s not much better than hiking and camping with our kids and friends. The variety, beauty and intelligence of animals and their environments is staggering. That being said, I am supremely happy that nature is a hobby for me. I am profoundly grateful to our ancestors, the warriors and innovators, who took us from caves and simple structures to the heated, comfortable houses we live in today. From very little food and starvation being just a season away, to the constant bounty of today. From the very high infant and child mortality of the past, to the exceedingly low levels today. There are still many things wrong with the world, but it’s a great time to be alive. Hail the innovators! Hail the ancestors and their sacrifices! Hail the Gods!